ThrillKill: SPRING is not your first movie you both worked on, you guys are working together for years now, but how did it come to that?

We met as assassins working directly for Obama. I, Aaron, was the newbie, Justin was the grizzled veteran that always went past acceptable limits. Through the course of operations in Somalia, Russia, and Florida, we argued incessantly, but bonded over only one thing: our love of movies. When Justin was dishonorably discharged for “accidentally” knocking down a statue of an unnamed Communist leader, I also left out of solidarity, and we started making movies ever since.

You may hear some untrue rumors that we met at a commercial production company as interns, realized we had a lot in common, started working together a bit until more and more we became co-filmmakers because we had a very complementary set of skills, then made our first feature together called RESOLUTION with the money in Justin’s bank account, but those rumors are patently untrue and the previous story is the only true story.

Yes, we never believed that absurd company story! So tell me some of your favorite movies! Are there any who inspired you to become film makers?

It’s hard to say that any movie or movies made us filmmakers, as we both weirdly developed an interest in making films before we developed a fandom
of watching them. But let’s talk about Almost Famous, Jurassic Park, the Before trilogy by Linklater, Chasing Amy, Lord of the Rings, the Matrix, There Will be Blood, etc.

There are so many kinds of genres, why did you choose to do horror movies? Do you even care about kategories?

It wasn’t a choice, it was just the stories we chose to tell ended up being categorized as horror films. We never have the discussion of what genre we’re working in, and in fact that kind of discussion is dangerous and unhealthy in our opinion as genre is a marketing term and not a set of rules for how to make a good film.

We noticed that in your previous Films, particularly at RESOLUTION . Can we expect the same from SPRING?

RESOLUTION and SPRING actually have very similar structure, which is a bit anti-cinematic but (ideally) more emotionally engaging. It’s not an extraordinarily conscious choice, but rather something we do that just makes a lot of sense to the both of us. In a lot of horror movies, it goes like this: discover the monster > run from the monster > stand and fight the monster. In our case, it’s all an emotional metaphor for that same thing, but just what makes sense to us as humans and not what makes sense to fit into the horror category. Some people are chilled to the bone by RESOLUTION, some find it fascinating but not necessarily terrifying — same goes for SPRING. If everyone responded to a film the same way and it means the same thing to everyone, it’s just not quite as interesting, is it?

That’s true!! You also did a segment for V/H/S Viral, was there a request from your side or how did you become a piece of the anthology?

We begged to be part! We pitched over and over, six or seven pitches until we arrived on the idea for BONESTORM. The pedigree of such an incredible
anthology and up-and-coming or established genre film directors, the creative freedom, the weirdness, the audience that already existed for the film, we were all about it.

BONESTORM looks like a lot of fun in the making, was it? Or was it actuallly more difficult than it looks like?

BONESTORM was the hardest film we’ve ever made. Pre-production was almost impossible (casting skaters that aren’t actors that are really talented isn’t easy, finding that location for no money is hardly something that is accomplishable in human terms); production was hot (100+ degrees fahrenheit) and slow (LOTS of action and practical effects slow down shooting immensely) and tiring (as the cameramen we were doing a lot of the stunts ourselves) and one of our actors disappeared so we had to write him out of the movie; post-production was agonizingly long and there were a lot of notes from the producers and the VFX shots were numbering in the hundreds and our sound mix took weeks and the budget was tiny. Sounds like we’re whining, but we’d do it again. Filmmaking isn’t meant to be easy, it’s meant to be satisfying, and we love BONESTORM. 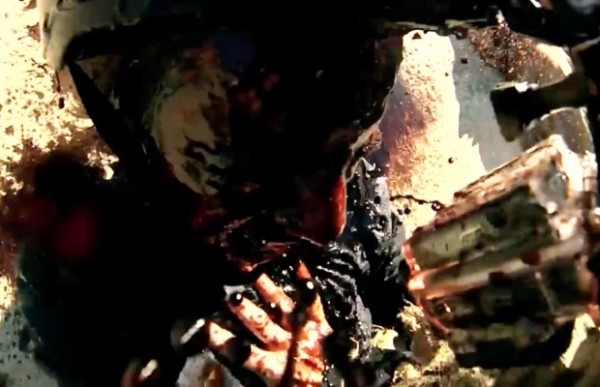 I’m sure many of the audience will love BONESTORM too! Let’s talk about your upcoming film! What will it be?

Our next film after SPRING is about infamous Victorian occultist rock star Aleister Crowley. It’s a contained pressure-cooker biopic that takes place in a small period of time but allows us to explore many of the things that happened in his life while still honoring the spirit of the man. It’s about a ritual the he performed in a house along Loch Ness at the turn of the 20th century, and the things that he did and that happened to him and his strange little family/cult that transformed him from a young man with a bunch of incredibly progressive ideas that we’d admire nowadays, into what the press later called “The Wickedest Man In The World.”

Well, before that one, we’re looking forward to see SPRING in Europe and Germany! You’re both from the United States, what was your idea about making a movie in Italy?

Have you SEEN Italy? It’s amazing, why NOT shoot there? We both have huge cases of wanderlust, and never really thought too much of the idea that it
would be more difficult to shoot somewhere else than the US. We were warned quite a bit that it would be a huge task (especially in Italy) but it turned out that the warnings were false — it was an incredibly smooth shoot.

So you have been to Italy?

We shot the film there! But beforehand, yes, we’d both been, and it’s just as romantic and lovely as the cliche. 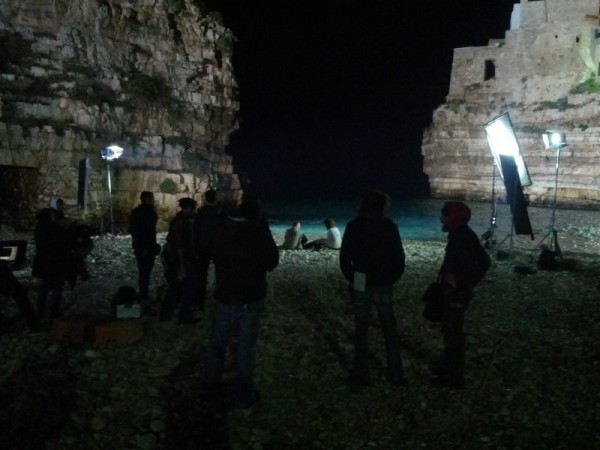 I can imagine it’s a beautiful place to shoot. Aaron, you’re also doing the cinematographie. What is more fun?

Well, being a DP is very low-stress by comparison to directing and making a lovely image that reflects the intent of the film feels great, but ultimately being able to take responsibility for something that you think is good is amplified when it’s the entire product (the film) and not just the image. I’d say directing is more fun, but it comes with loads more stress.

This sounds logical. Finally, one last question: Why should everyone see SPRING?

SPRING is a film that no one told us or hired us to make, it’s just a story we cared deeply about and wanted to tell with a new myth, new monsters, but hopefully tells you something old and relatable about love, loss, and rebirth.