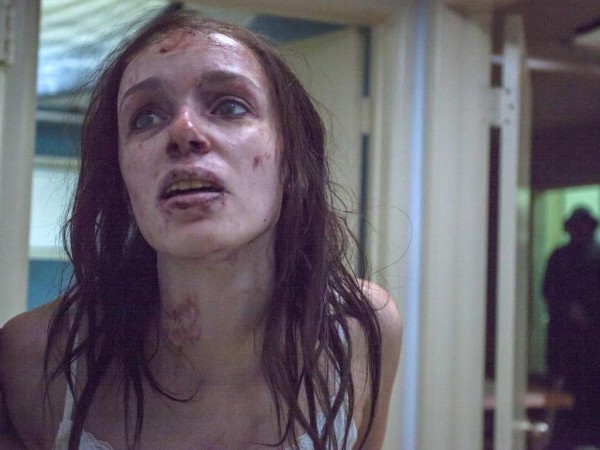 Thrill & Kill: Alex, congratulations to your great performance in STARRY EYES. Your character Sarah develops from a very likeable, good looking young woman, into something wicked and ugly, both on the outside and inside. What was harder to do? The physical part (i.e. the bloody scenes) or the mental transformation?

Alex Essoe: Actually, the physical and the mental started to blend together by the time we got to the really crazy stuff. The hardest part for me was playing the first two chapters of Sarah, the self loathing, the constant restraint, the feelings of alienation and desperation. That’s what I found the most challenging.

Thrill & Kill: I read that you REALLY wanted to play the role of Sarah. Why? And is there a lot of Alex in the (early) character of Sarah?

Alex Essoe: I initially was drawn to the role of Sarah, and the movie itself, because this happens to be my favorite sub genre of horror. But there is quite a bit that I was able to relate to with this character which deepened into my attachment to her. Both the struggle of the actor and the struggle of reconciling her timid nature with very aggressive industry and world.

Thrill & Kill: STARRY EYES is a horror movie but also seems to offer some harsh criticism against Hollywood. Marilyn Monroe said “Hollywood is a place where they’ll pay you a thousand dollars for a kiss and fifty cents for your soul.” It seems like few people like the film industry, but there aren’t too many films about that topic. Are people afraid to talk about these things?

Alex Essoe: There are actually quite a few films that depict Hollywood, and in many different lights. I find most often the cynicism of Hollywood is represented; the reputation it has for corrupting the innocent. That is I think the predominant theme in movies about Hollywood. What I like particularly about Starry Eyes is that while that theme is present it is not accompanied by the usual representation of the lifestyle and the rewards. It is completely from the viewpoint of an outsider. 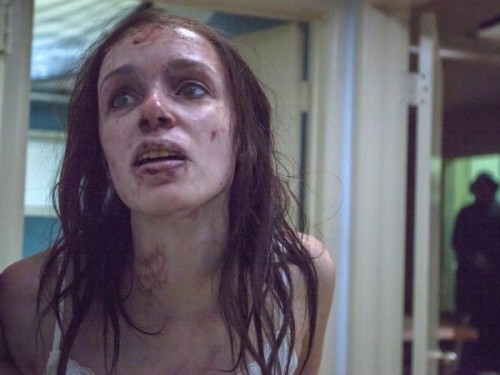 Thrill & Kill: You are an actress for several years, do you have some bad experiences like Sarah in her casting or is this totally exaggerated in the movie?

Alex Essoe: I personally don’t have any experiences that even come close to what Sarah endures. I’ve heard stories, and I’m sure that at one point these casting couch „agreements“ happened quite frequently, especially before there was a union for actors. I hope that young girls are not put in positions like that though I’m sure that they are. Coersion is a very insidious thing, to promise someone everything they’ve ever wanted if only they would compromise themselves for a moment. What these hopefuls don’t realize, is that one moment in their life has the ability to haunt them for the rest of their lives. I would hope, that anyone faced with a decision like that would remind themselves that it’s not necessary to trade your self respect for instant gratification. 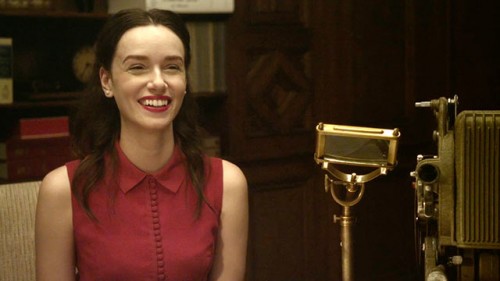 Thrill & Kill: You have a couple of films coming up, which are all labeled as thriller or horror by imdb.com, which is not the kind of genre you did a lot in the past. It seems that a lot of actors stick with the genre, once they tried it. Could you imagine becoming a “full-time” scream queen?

Alex Essoe: I have a deep love and respect for the horror genre, but my only goal is to work on movies that I am moved by and that I believe in. I’m sure some of those will be horror, I hope so, but just as I don’t listen to one genre of music I would not want to limit myself to one genre of film.